For years, it has been distinguished as a symbol of the prosperous part of New York, a dream of many, the fulfillment of just a few. Who hasn’t heard of incredibly expensive penthouses on the 5th Avenue in Manhattan? Finished in New York style, they give their owners (actors, businessmen and celebrities) a sense of luxury and prestige. 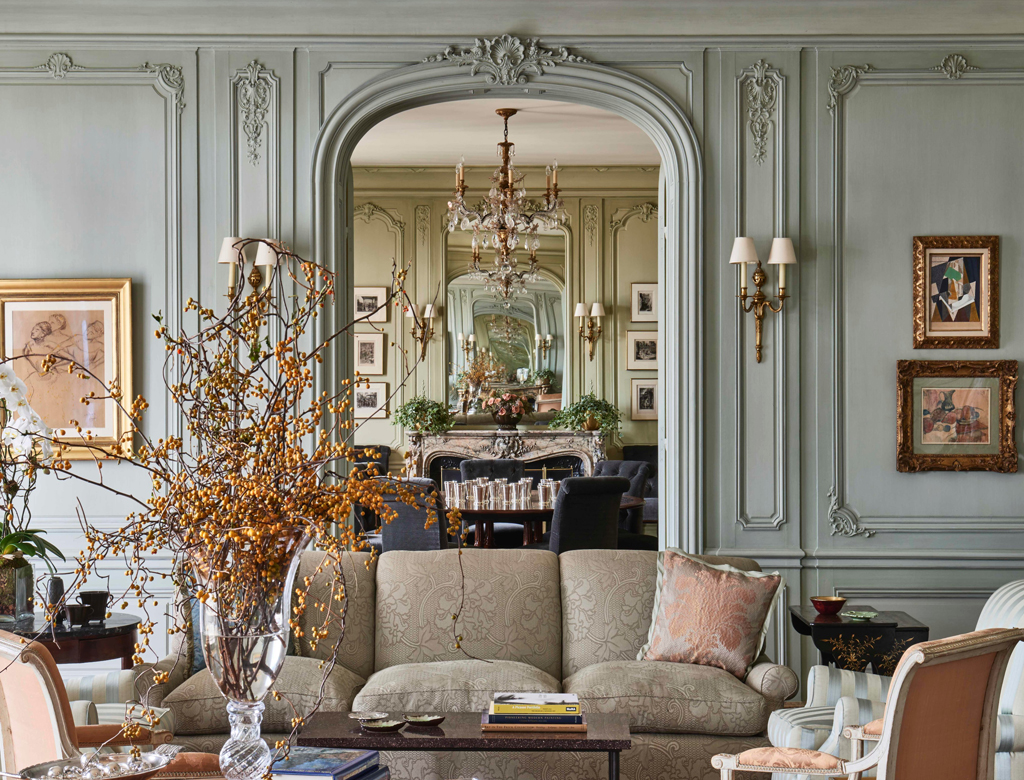 Interior of a 25-room, luxury apartment on the famous 5th Avenue in Manhattan. Pay attention to numerous details that go beyond the classics of the New York style, and aim to preserve the old look: stucco or chandeliers. Its first owner was the coal magnate Murry Guggenheim. 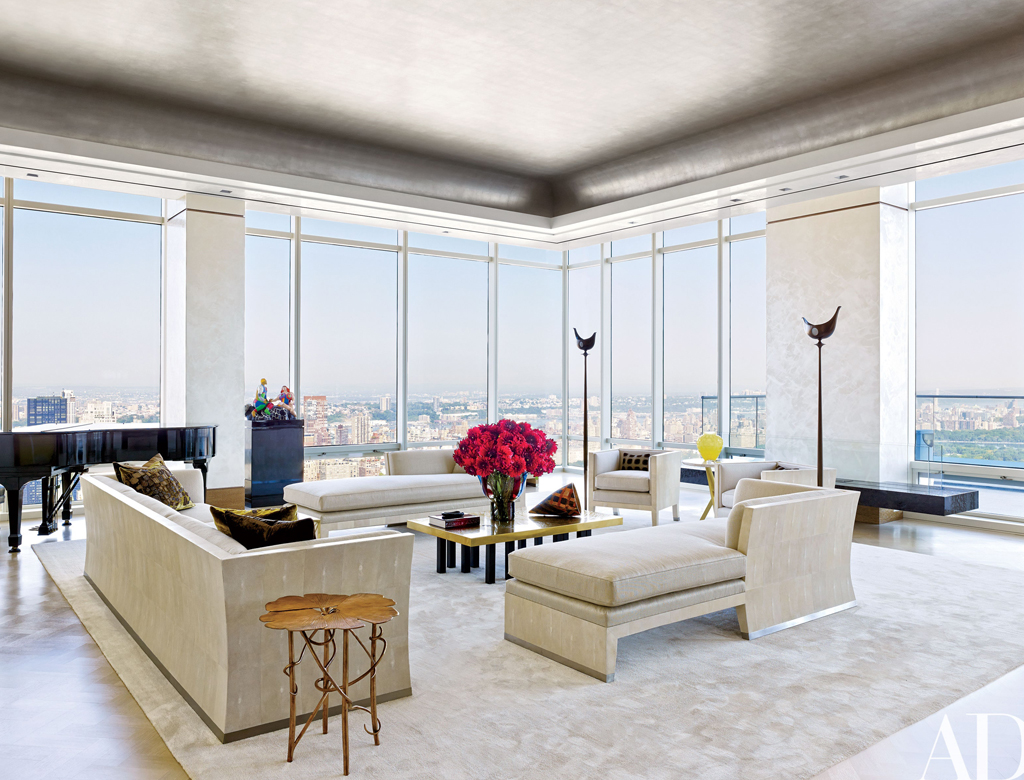 The lounge, which offers a panoramic view of Central Park, is located on one of the floors of a skyscraper built in the Upper East Side, in the immediate vicinity of Manhattan. It presents classic furnishings in the New York style, without decorative overload, but with expensive furniture and a spacious interior. 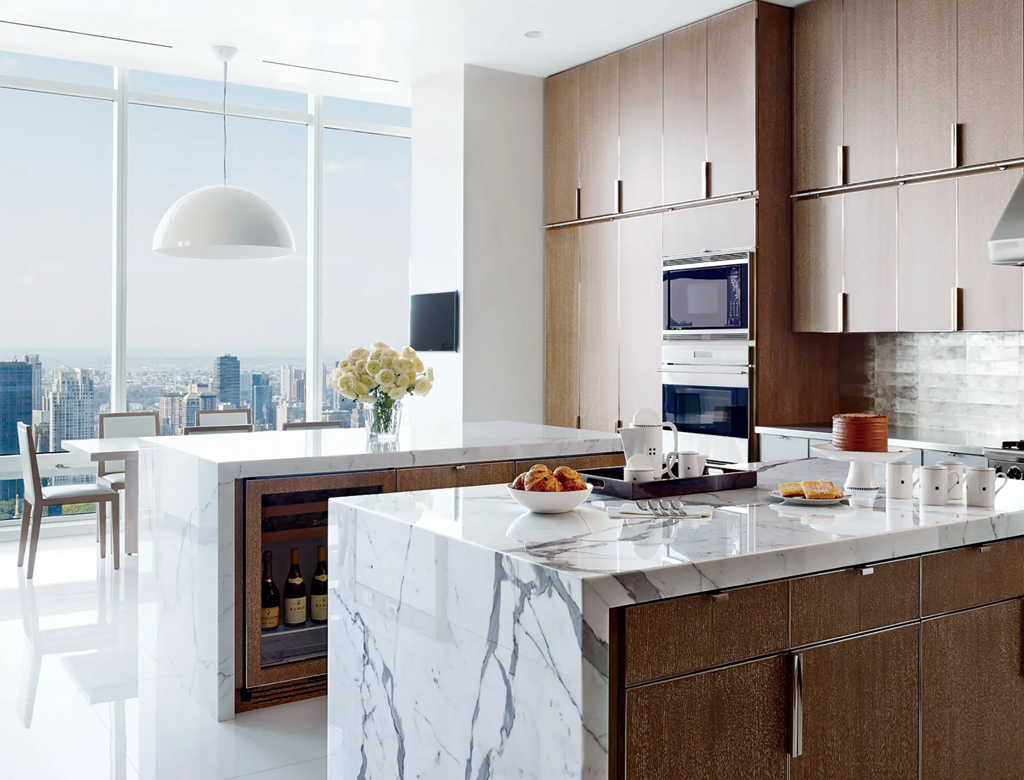 Kitchen with a view

In the New York style, every room must have space. The same applies to the kitchen: the two cooking islands lie symmetrically and at the right distance. The dining area is connected to the kitchen, with an amazing view of Manhattan. Kitchen cabinets are made of cerus-coated oak and the rear covers are made of nickel-plated tiles.

A typical example of a modern apartment in one of New York’s skyscrapers, with nice view over the Hudson River. Thanks to the large space, it is easy to separate – in a natural way – the dining area from the living room, which is dominated by order and symmetry. An abstract sculpture is the only way to embellish a room that needs to be devoid of all kinds of decorations. 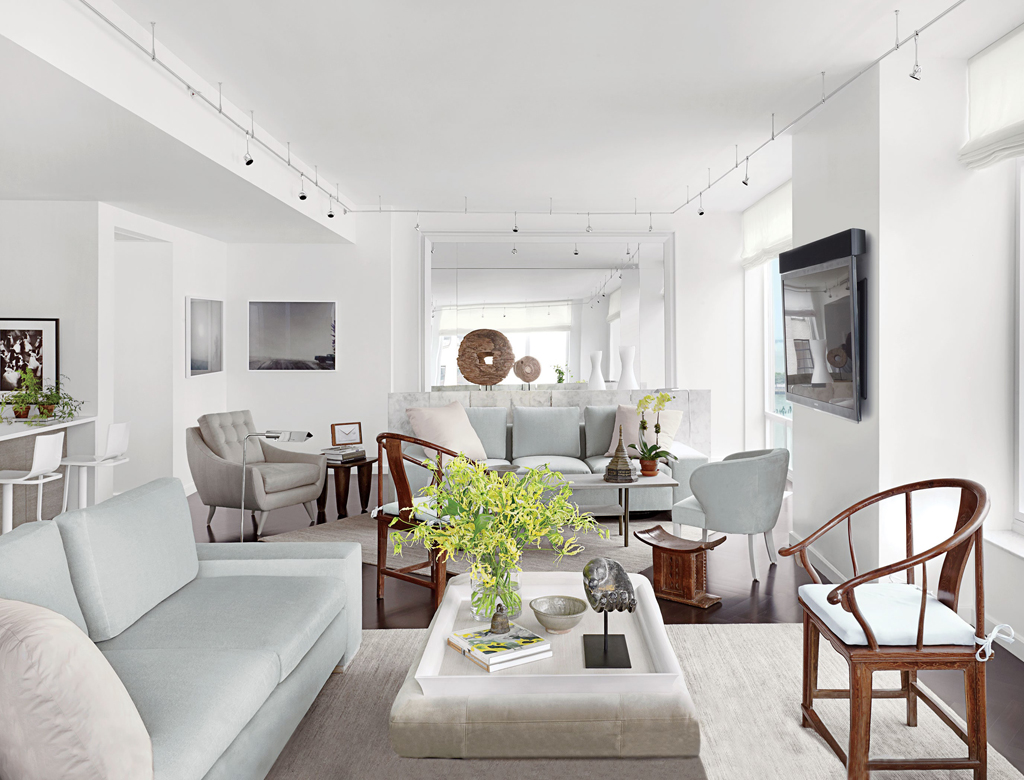 The New York style likes muted colors and rather light shades. They give a sense of spaciousness (it is additionally enriched by a mirror), even if the room is not large. The brown chairs with round backs as well as paintings on the walls with obligatory American contemporary art perfectly complement the background of the apartment 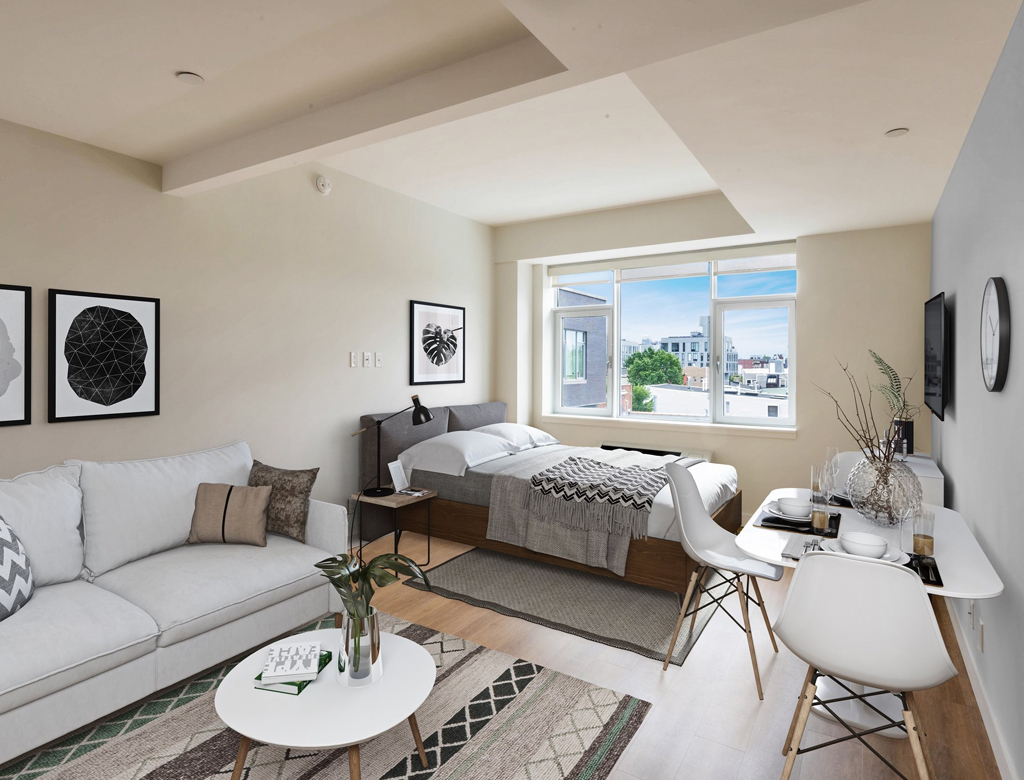 One large room with a clear division into the sleeping and living areas, despite the lack of a wall. The gray and cream colour of the interior, very common of this style, attracts the main attention. Poorly integrated decorations add subtly charm to the whole room (bedspreads and carpet in the same patterns, pillows, glass vases, paintings, wall clock). 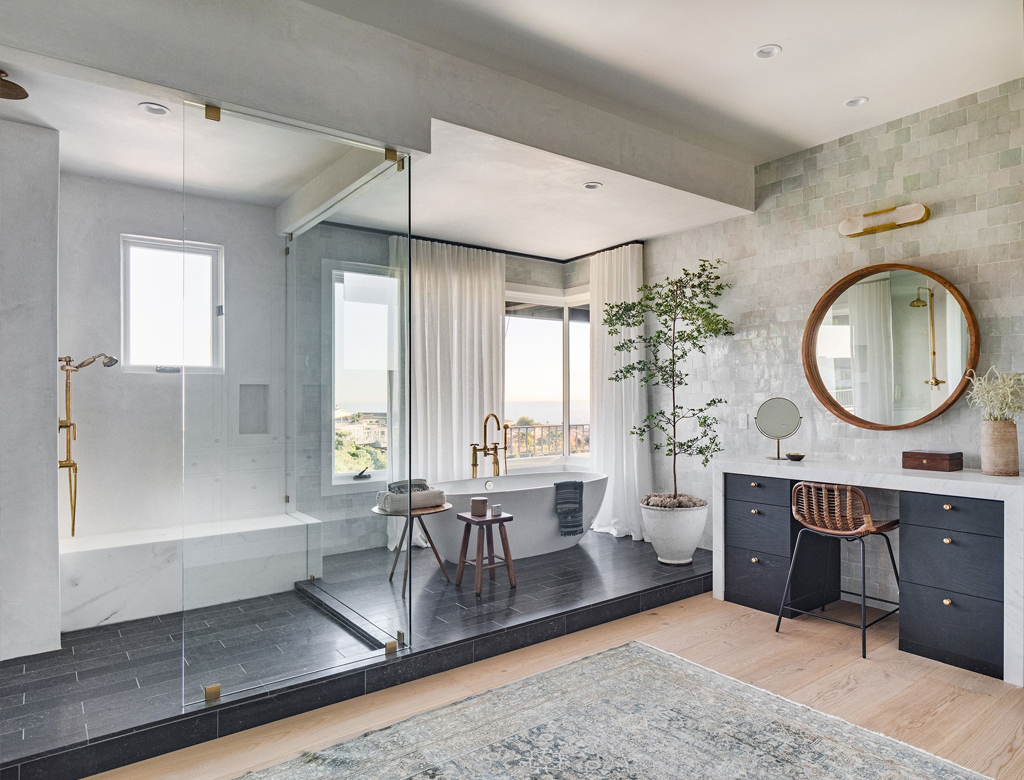 The New York style likes modernity and visible wealth of the owners. Fittings from the exclusive Graff, a free-standing bathtub with a view, white and black tiles as well as the spaciousness of the entire room emphasize this perfectly. As if that was not enough, a large round mirror makes it very decorative, while the symmetry on the floor is ubiquitous. 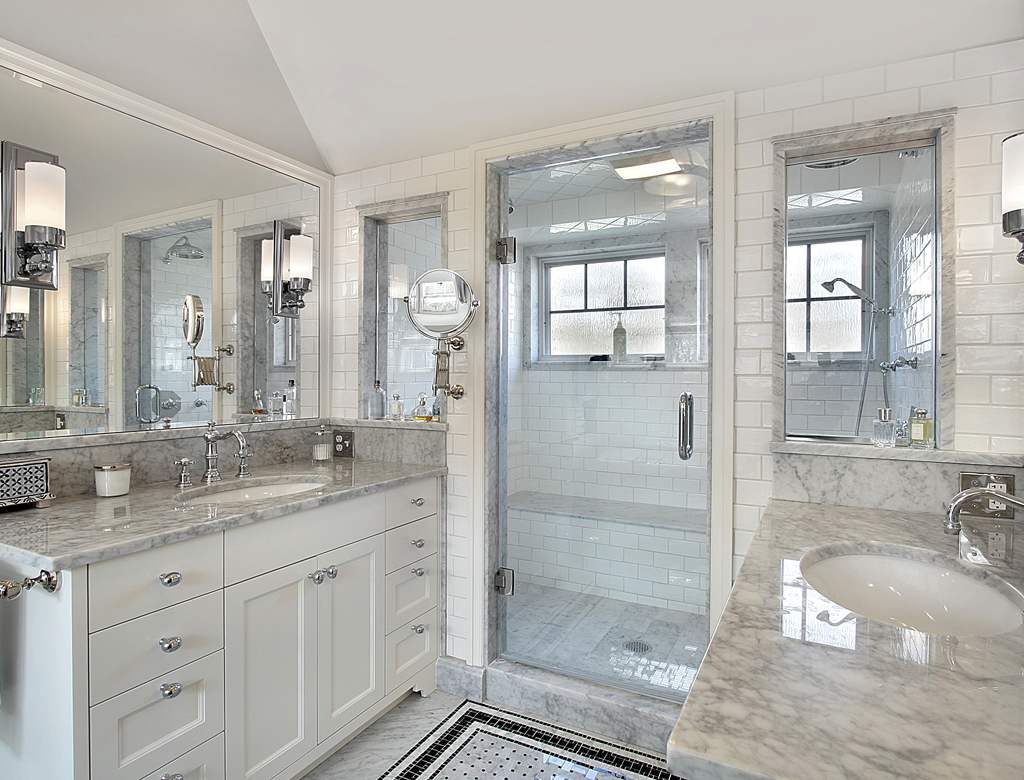 The New York style doesn’t stop on modernity. Renovated bathrooms in the style from several dozen years ago look great in the old apartments of tenement houses on the Upper East Side. Pay attention to an excellent selection of colours, materials and lighting. Thanks to the use of white, glass and wall lamps, we easily get the effect of space, despite the small area of ​​the entire bathroom. 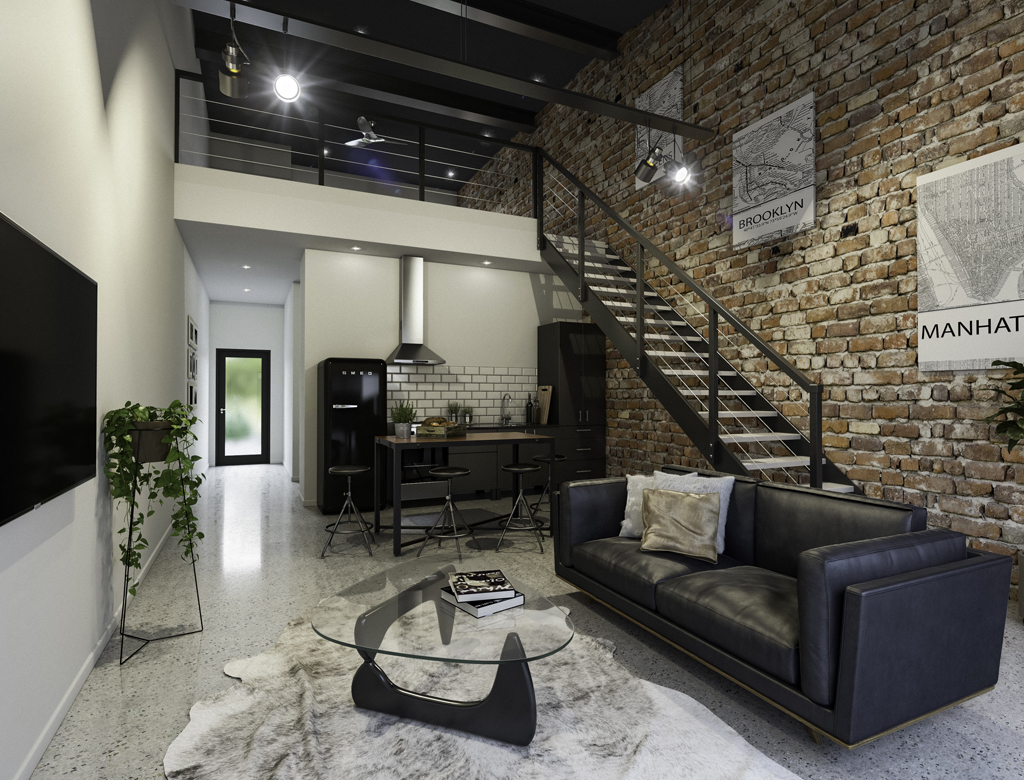 It was the New York style that invented the lofts, otherwise known as the industrial style. Old, spacious warehouses or almost two hundred meters long, often neglected interiors of old New York were perfect for a space-giving finish, while neatly combining the old with the new, e.g. an unplastered brick wall with modern stairs. 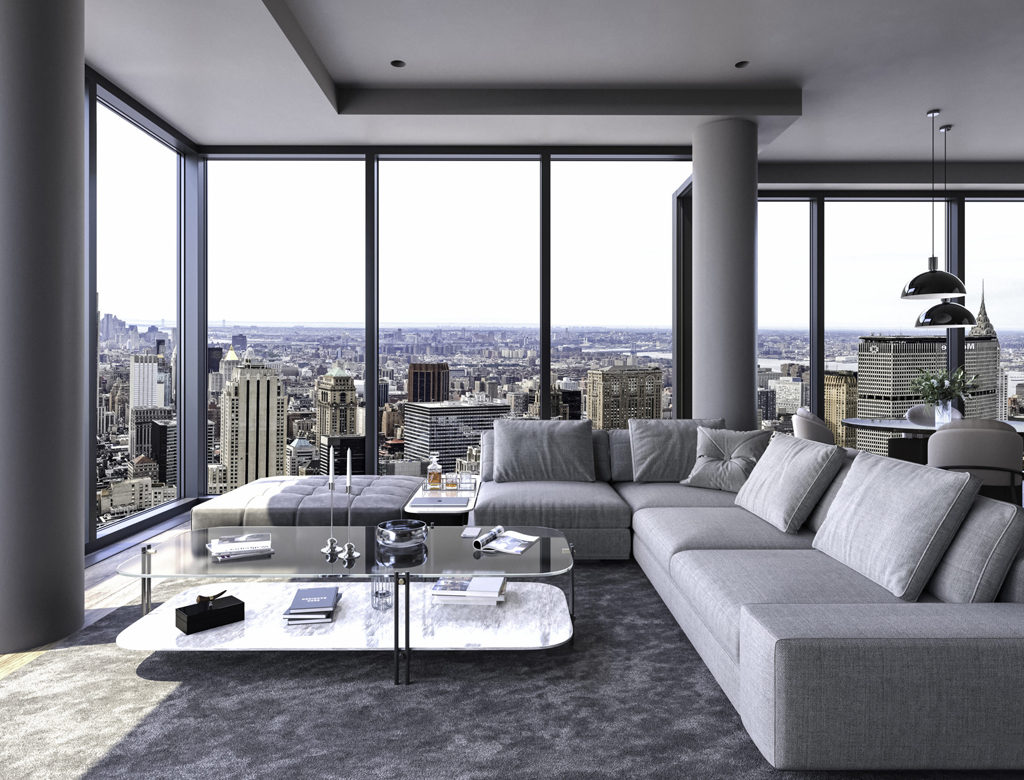 A great view from the window is a lot, but not everything. The New York style likes order in content and form. Homogeneous, gray colours bring order to the room, as does the minimum amount of decorations. Large window openings give the space needed in this style. The perfect place for a café avec business meeting, i.e. coffee with cognac. 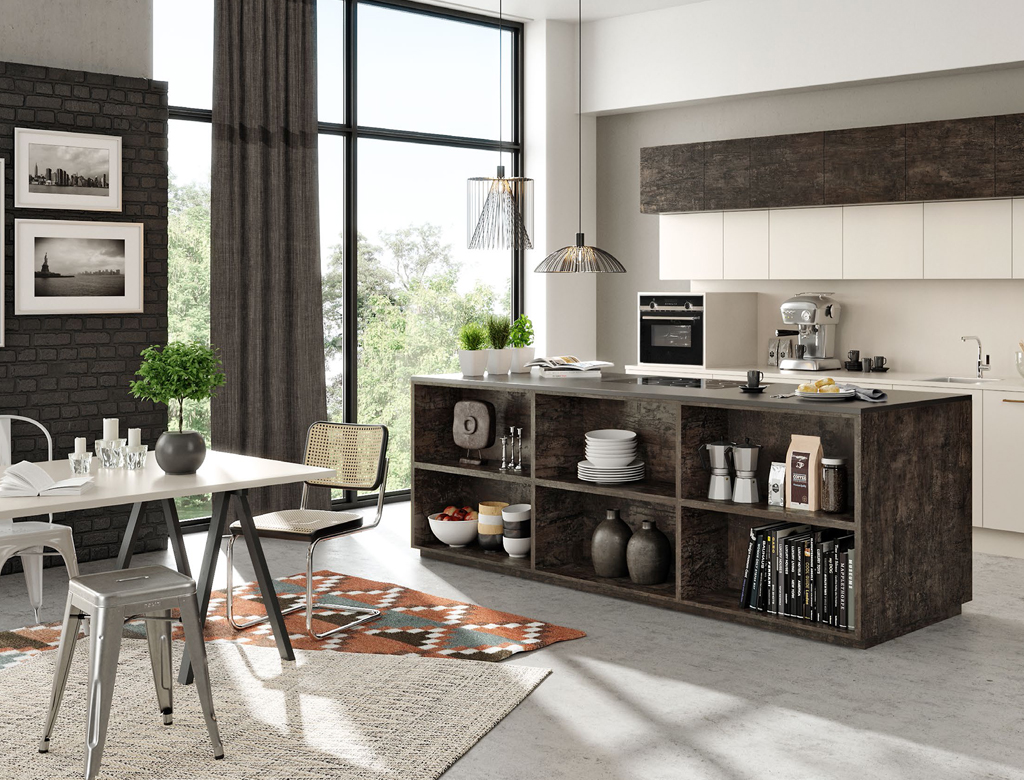 According to the style’s philosophy, the furniture used in it must be expensive. This style – with no doubt is for the rich, e.g. kitchen furnitures from German Nolte, which offers products with a realistic look of real wood. The use of only two colours (creamy white and dark oak) gives the kitchen a perfectly balanced overall impression.

As the name suggests, this is a style that came from the United States, specifically New York – the mecca of the American avant-garde fashion. The interiors of New York apartments were intended to introduce completely new trends in design, while at the same time borrowing more fashionable patterns from previously known styles.

First of all the New York style is well known by large spaces, which we can see so often, for example in American movies. It was this style that introduced the concept of spacious apartments, prestigious penthouses and duplex apartments. The New York style was the first to introduce the concept of the so-called open space, i.e. an open area that includes a combination of a living room, kitchen, dining room and sometimes even a bedroom.

To sum up: interiors in this style are for those who like elegance and classics, who like freedom of space, lots of light and a modest amount of accessories.

The New York style does not like decorations, knick-knacks and gadgets. Rather, it insists the stylish furniture, subtle design and appropriate arrangement of equipment as well as cooperation of textures and surfaces. If there has to be some decoration, it is best in the form of contemporary art pictures (Edward Hopper, Grant Wood, Georgia O’Keeffe, Aron Douglas, Charles Sheeler) or pop-art by Andy Warchol.

When buying furniture in the New York style, we should remember that symmetry should dominate when arranging them. Furniture in this style must be upholstered with elegant material, and the same is with chairs and armchairs. They must be characterized by high comfort of use. In the dining room, the table, made of solid wood or glass, should be the focal point. It is important not to overdo it with the amount of equipment – the New York style does not like overloading, because it needs space!

Except the unlimited space, lighting is the most important factor of this style. First of all, it should skillfully divide the room into smaller parts: above the dining room table, there must be a ceiling lamp, but in other parts of the apartment it is smart to place more table lamps, standing lamps and even wall lamps. The use of mirrors might be a clever way to provide an optical enlargement as well as decorative finishing of the interior.

Fortunately, the New York style has a lot of colour freedom. Thanks to this, the colours of interiors, furniture and floors can be matched to the tastes and characters of the household members. However, if we want to stick to the classics, we should first of all remember about white, black, beige and gray.

By continuing to use the site, you agree to the use of cookies. more information